Contracting colds and flu is never enjoyable. The muscle aches and pains, the lethargy, the sore throat, the constant runny nose, the sneezing, the coughing - it's miserable. The good news is that we're here to tell you what you can do to give your immune system the boost it needs to defend against colds and flu.


The keys to boosting the immune system and staying well during cold and flu season are:


An Uptake in Vitamin C


White blood cells are the body's primary defence mechanism against colds and flu. Their function is to roam throughout the body and look for foreign microbes like viruses, bacteria and parasites. Should they detect any such foreign microbes, they will launch an attack to rid the body of them. However, when white blood cells are in low supply, the body is more susceptible to attack and infection. 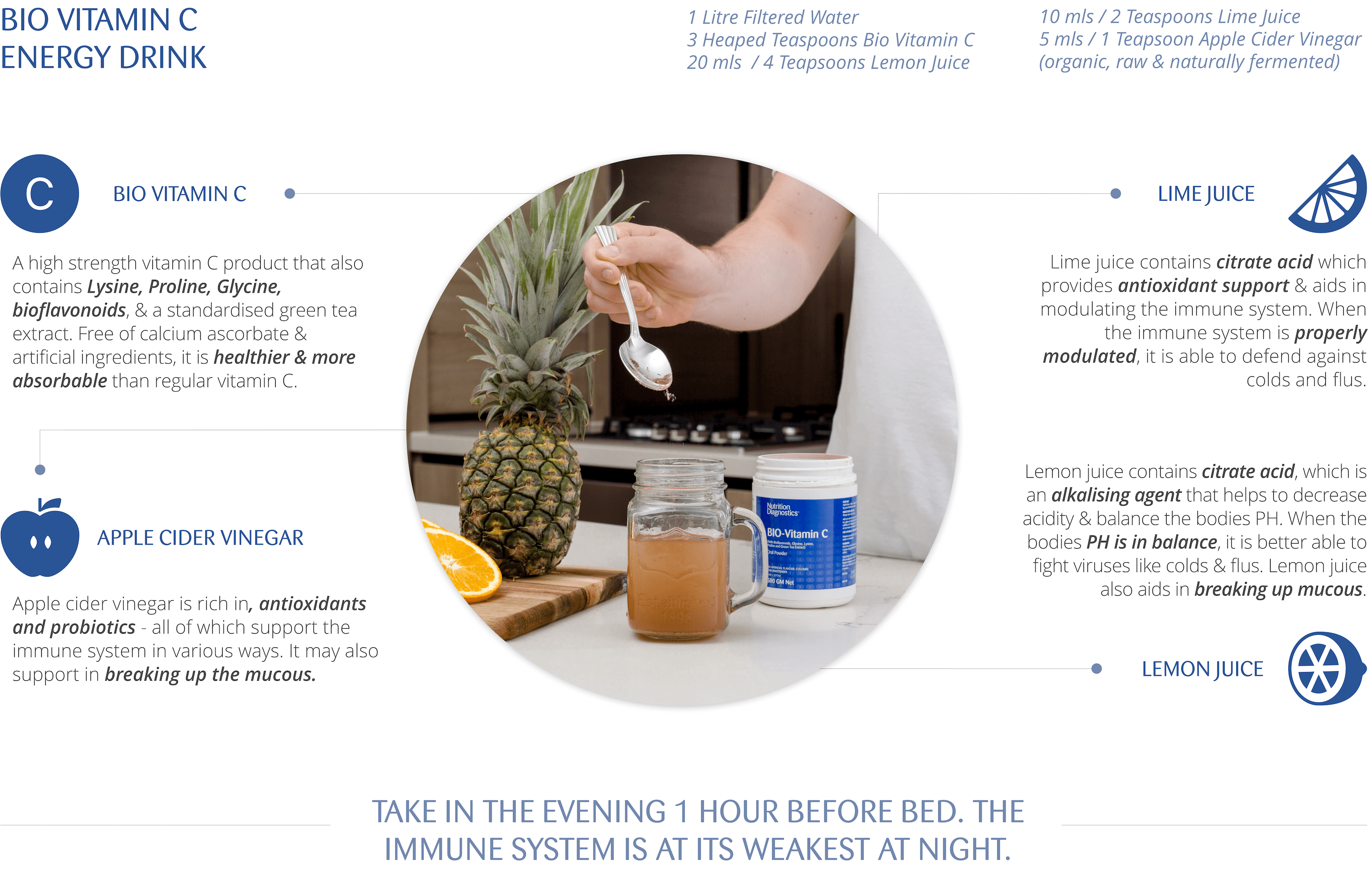 Regular over-the-counter vitamin C products contain 500mg of vitamin C per dose. However, our very own Bio Vitamin C powder delivers 2000mg per dose. It also contains powerful antioxidants like lysine, proline and glycine that provide additional antiviral support. The green tea extract and citrus bioflavonoids give the added benefits to increase the uptake of vitamin C and offer extra antioxidant protection. This unique combination of ingredients makes Bio Vitamin C a high strength vitamin C powder that benefits the immune system (protecting from colds and flu) and supports detoxification of particular heavy metals like mercury and several other bodily functions. To learn more about the benefits of Bio Vitamin C, click here.

Proper Nutrition and an Uptake in Protein and Micronutrients


Proper nutrition is the cornerstone of health. All body systems require the requisite nutrients, minerals and vitamins to function correctly, but this is especially true of the immune system. Nutrition supports the integrity of the cells, while adequate protein and vitamin C (both of which are derived through nutrition) aid in the production of white blood cells (which is your immune systems primary defence against viruses and bacteria). At this time of year, many of us fall victim to the temptation of carbohydrate-rich comfort foods. This is especially the case for those of us in lockdown. The issue with a carbohydrate-rich diet is two-fold. It lacks nutrient density, and two, carbohydrates are converted to glucose (or sugar).

Consumption of fats and adequate protein also helps absorb minerals and fat-soluble vitamins, such as vitamins A, D, and K2 - all of which are essential to good immune health. Ensuring adequate vitamin A and D during cold and flu season will bolster your immunity and help prevent colds and flu. There is a synergy between vitamins K2, A and D, whereby their benefits are unlocked by one another. For these reasons, we recommend taking our Bio Omega 3-6-9 cod liver oil (rich in vitamin A) and Synergy K2 (rich in vitamins K2 and D) during cold and flu season. For more information on our cod liver oil, click here. For more information on Synergy K2, click here.

We suggest incorporating chicken, beef or lamb bone broth into your winter diet. Not only do they deliver warmth, much-needed respite from the cold, but also nutrients to fight against viruses. The bone and the marrow contain essential amino acids like proline, lysine, glycine and cystine - all of which aid in the defence against colds and flu. Glycine and cystine are of particular importance as they serve a double purpose - also aiding in the synthesis of glutathione (whose benefits are discussed in greater detail below). 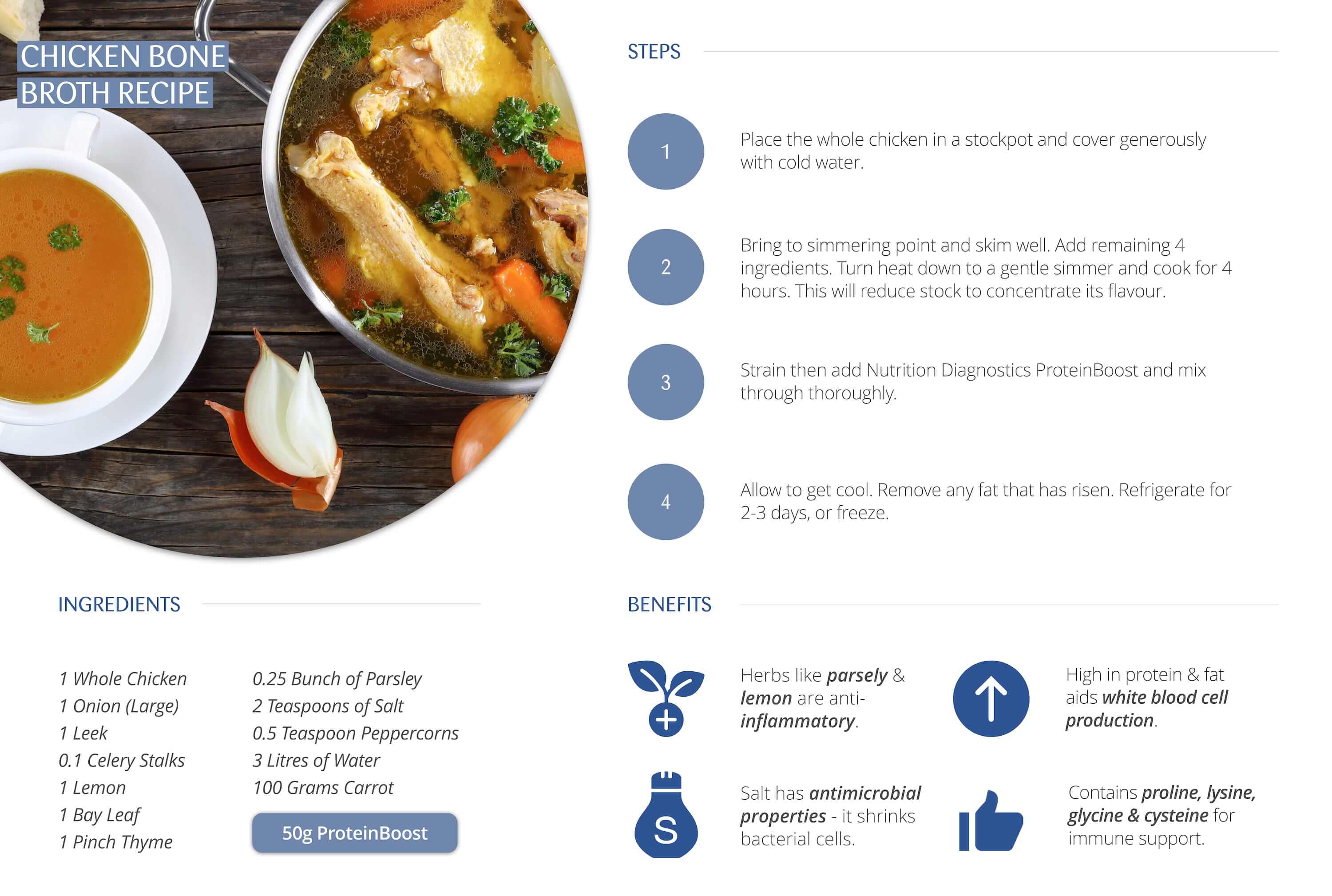 An Uptake in Glutathione


Colds and flu are both viruses - meaning they enter the body encased within a protein shell known as a 'capsid'. Before a virus can infect the body, it must first bind to a cell and activate its 'neuraminidase' enzyme, injecting the contents (virus) into the cell. The virus then multiplies within the cell - ultimately causing the cell to burst, at which point the virus escapes the cell and then infects the body. It is usually only after the cell bursts that people will experience symptoms of cold and flu. However, if the capsid does not bind to a cell, it can be naturally escorted out of the body by white blood cells. When this occurs, there is no viral infection and no cold or flu symptoms.


The body's cells contain glutathione, which is an antioxidant designed to preserve the integrity of the cells. Thus, glutathione plays a critical role in ensuring the viral capsid does not bind to cells and inject the virus. Glutathione is obtained through diet - specifically from foods like lamb, veal, eggs, asparagus and avocado - however, often only in small amounts. Because of this, it is degraded by protease enzymes. When taken in more concentrated doses in the form of a Glutathione supplement, it is not degraded and has a more significant effect. Administering L-Glutathione sublingually allows it to be absorbed by the body's lymphatics and is more effective and potent than glutathione derived from the diet.


L-Glutathione is available on our online store for practitioner use only.


While it is advisable to avoid sugar at all times, it is imperative during cold and flu season. Why? Because excess sugar limits the effectiveness of white blood cells - ultimately suppressing the immune system. This is particularly evident in those who suffer from metabolic syndrome, who invariably have a low white blood cell count. It is also known that sugar or glucose consumption will allow bacteria and viruses to thrive.


What's more, if you're eating foods that are high in sugar, you're typically doing so at the expense of healthy, nutrient-dense foods. This often results in nutrient and mineral deficiency. To defend against colds and flu, the body requires sufficient nutrients and minerals - most of which we derive from the diet. Ultimately, a high sugar diet compromises the body's natural ability to defend itself. 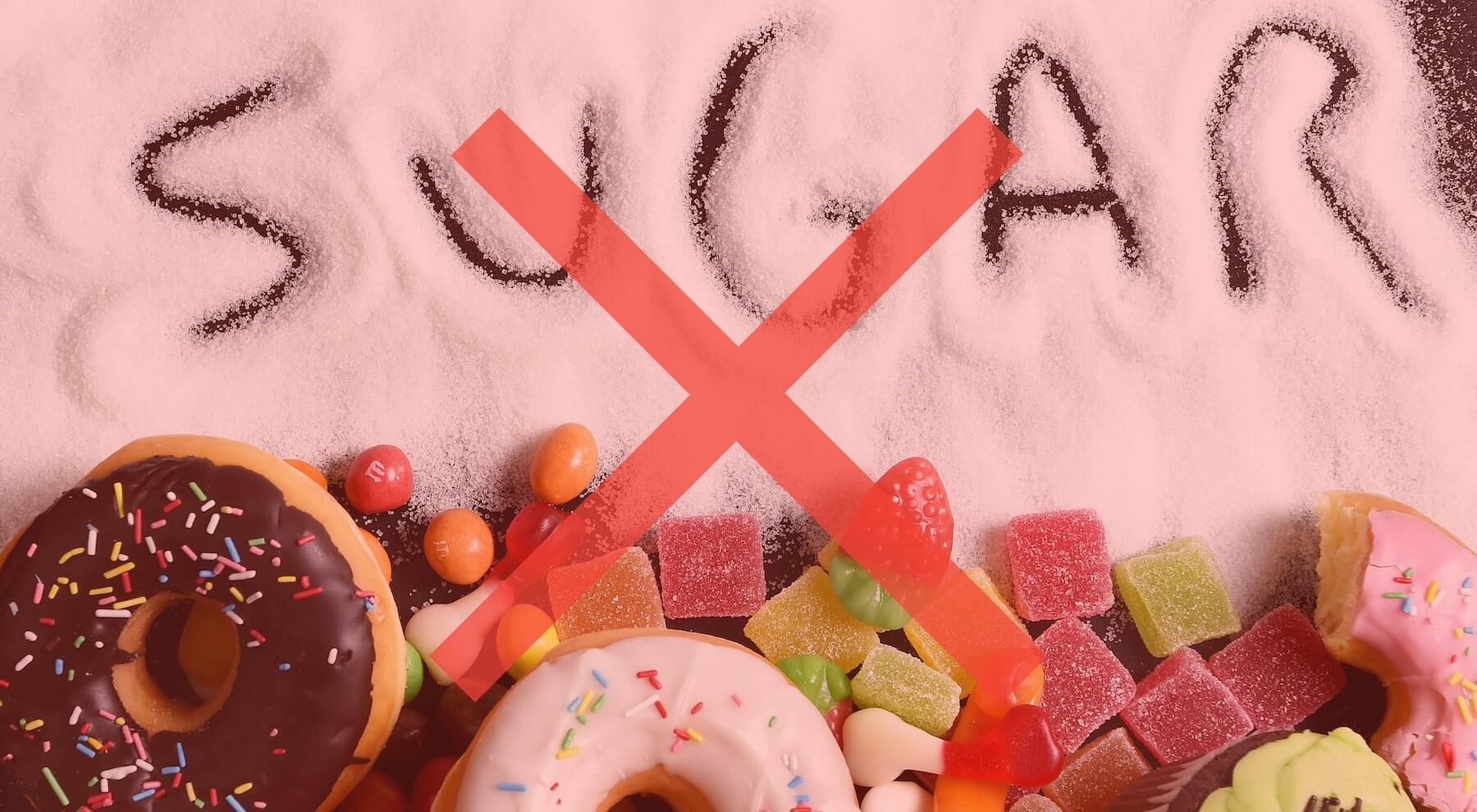 Sugar is also a leading driver of inflammation. The role of inflammation is to shut down infection, and it is the body's natural response when fighting against colds and flu. Inflammation as a result of excess sugar consumption will hinder the body's ability to fight infection. Perhaps the best way to understand this is through a military analogy. If an army has deployed all of its troops to one region, it is unable to defend against attacks in another region.


Like sugar, alcohol causes inflammation. It also behaves like a solvent, thus hindering the synthesis of proteins essential to building immune-strengthening cells like lymphocytes. As we mentioned earlier, a low protein status weakens the immune system, thus making it more susceptible to contracting colds and flu.


Sufficient sleep is essential on several health fronts. However, it is especially important during cold and flu season due to the role sleep plays in the immune system. During sleep, the immune system releases a type of protein called 'cytokines'. Cytokines play a critical role in cell signalling - working to organise and coordinate the body's immune response. Without them, the immune system is weakened and is less capable of mounting a defence against colds and flu. Insufficient or broken sleep will also cause a rise in cortisol which further hinders the natural healing process. Getting to bed early is one of the best ways to bolster immunity during cold and flu season. 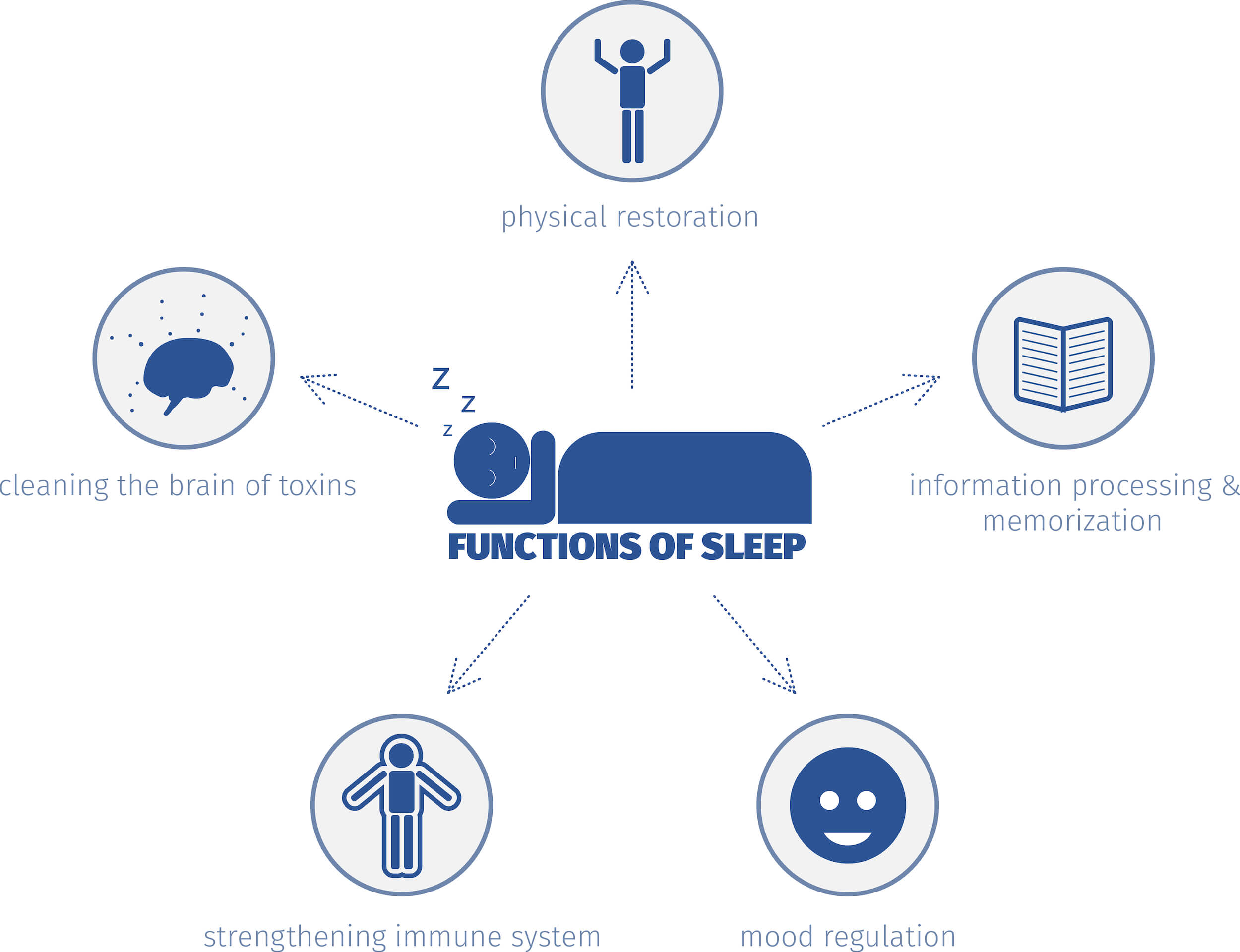 What to do When You Get Sick


If you begin to develop the telltale symptoms of a cold or flu, you must act quickly to mitigate the effects of the virus as best you can. It is important to note that a virus will only be as successful as its environment allows for. If you can control the environment (your body and immune system), you can better control the virus.


Perform a throat gargle with The Brushing Solution (being careful not to swallow). The Brushing Solution is typically used as a toothpaste and mouthwash substitute; however, it doubles as an effective cold and flu remedy. This is because it contains hydrogen peroxide and oil of cloves, which have antiviral, antibacterial properties. Killing viruses and bacteria in the throat during the early stages may reduce the severity of the infection and lessen symptoms moving forward into the lungs. For more information on The Brushing Solution, click here.


In nasal congestion, the nose is filled with pathogens. The role of nasal spray is to clear the nose of such pathogens - thus reducing the risk of infection into the respiratory system (the lungs). Nasal spray may also relieve symptoms of congestion and provide comfort during a cold or flu. 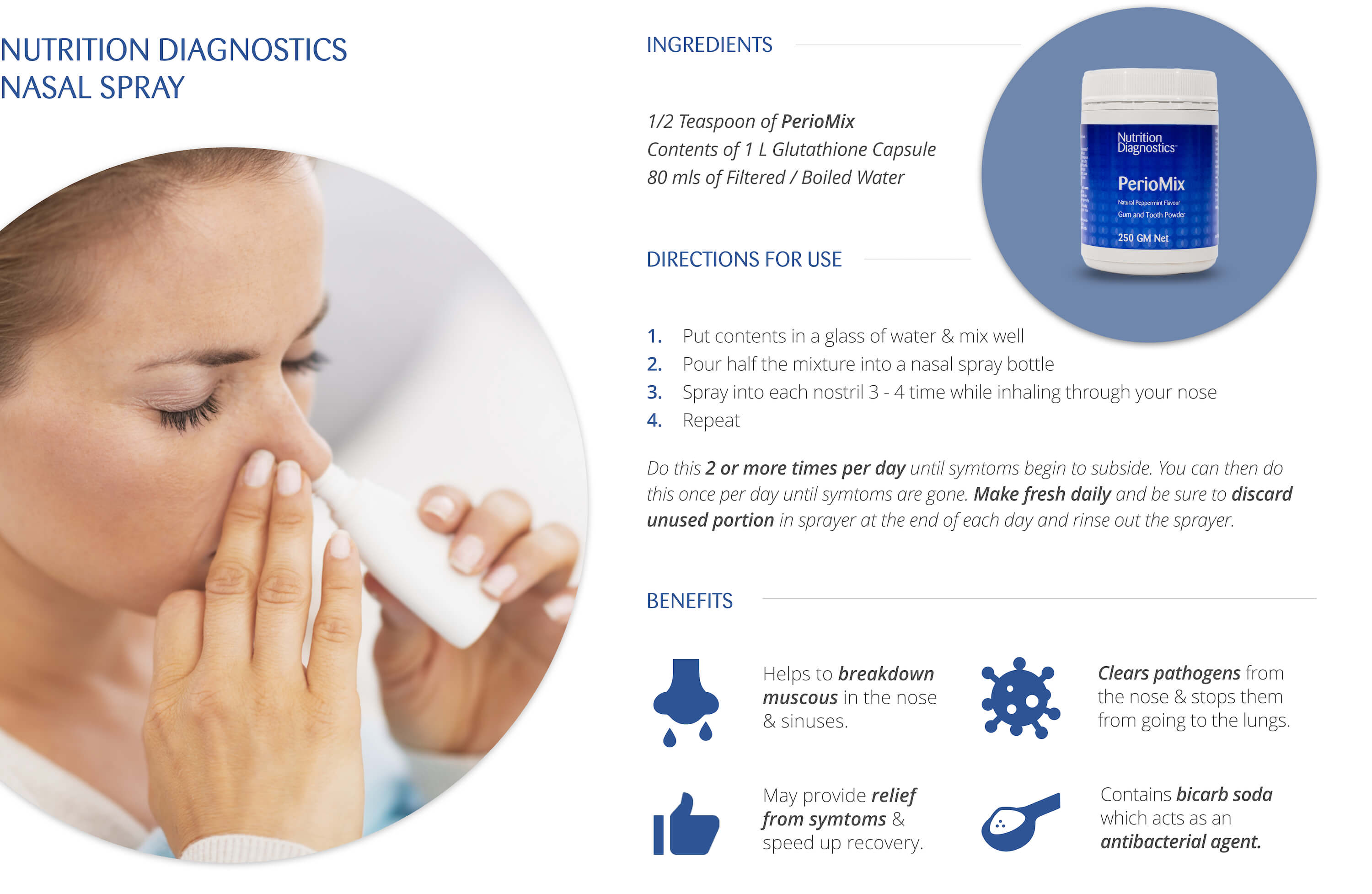 We recommend combining our PerioMix powder with 1 L Glutathione capsule and 80mls of filtered water to make an effective nasal spray. To learn more about PerioMix, click here.