The term 'heavy metals' refers to a group of metals that are defined by their high density and high levels of toxicity - even in small amounts - when introduced to the human body. Thanks to industrialisation, most humans are exposed to heavy metals daily - through the environment, the air they breathe and the foods they eat. The issue with heavy metals is that they accumulate in the body much faster than they can be excreted, which makes them hard to get rid of.

This accumulation of heavy metals in the body often leads to 'heavy metal poisoning', which is associated with many symptoms, chronic illnesses and diseases. Brain fog, fatigue, mood swings and irritability, heart irregularities and skin conditions are a few of the most common symptoms associated with heavy metal poisoning. Heavy metals cause these disturbances in the body primarily because they generate and release free radicals which cause oxidative stress in the body - compromising a number of bodily functions.

Learn more about our approach to heavy metal detox and how we can help you!

What is a Heavy Metal Detox?

Heavy metal detox is the process of excreting toxins from the body - thus reducing the number of free radicals which hinder the bodies state of function. While this may sound simple in theory, it is actually incredibly complex. Just removing dental amalgam or taking a detox supplement will not rid the body of heavy metals.
If heavy metal detox fails, it has an adverse effect on health as it releases toxins which can make their way into vital organs and become 'stuck'. When this happens, symptoms are often exaggerated, and new illnesses and diseases can emerge. 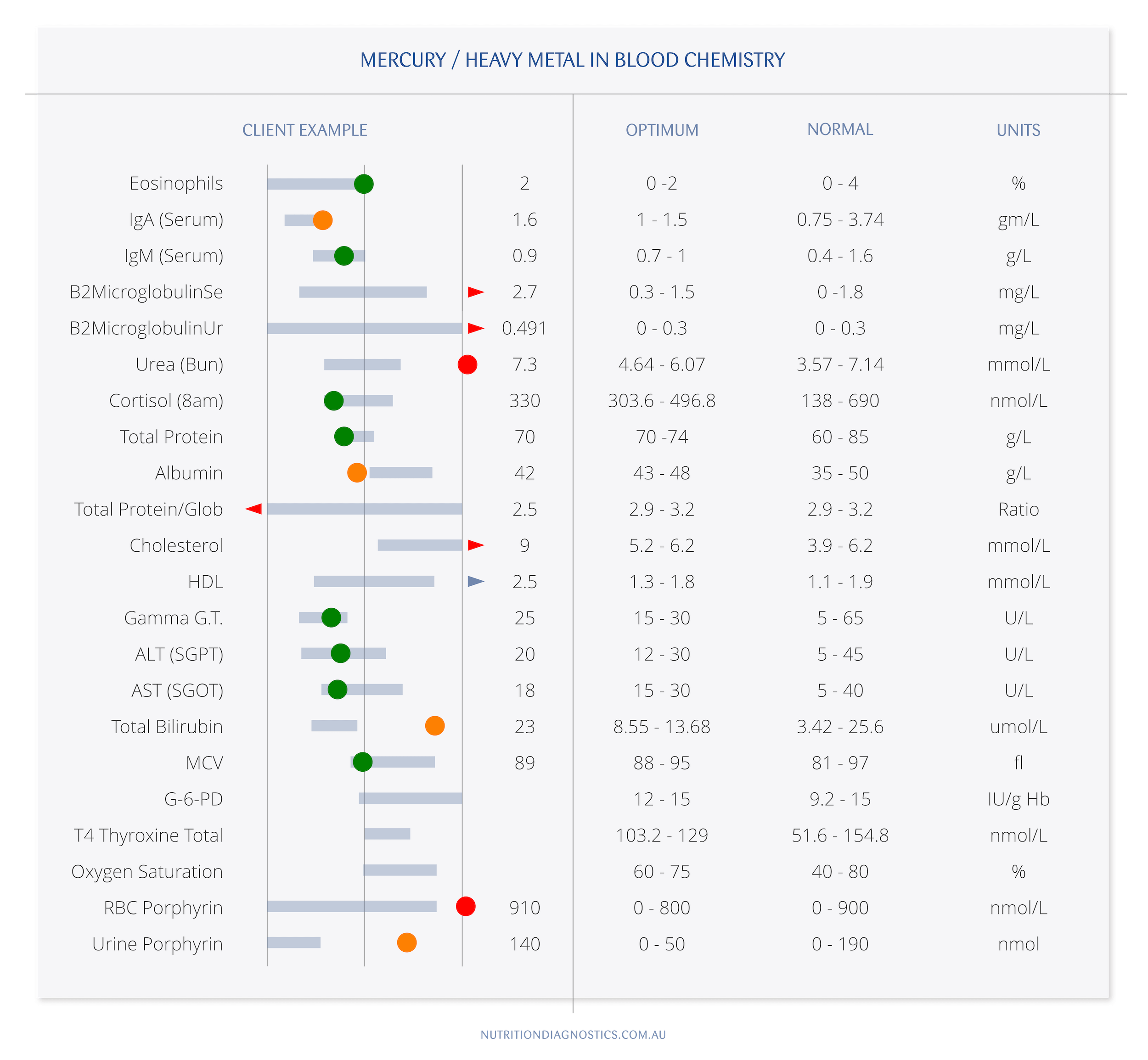 Take mercury, for instance; it tends to move from the gut (where it is commonly found due to dental amalgam vapour and methylmercury from seafood consumption) and then through the intestinal brush border, into the bloodstream through to the kidneys, liver and in the worst case scenario, the brain. This is why people often end up feeling worse during or after amalgam removal or a heavy metal detox - because toxins are released. In fact, many clients who have seen a holistic/biological dentist, who have removed their amalgams, still have mercury in their body. It is also why most methods of detoxification fail. To learn more about mercury and heavy metal detox, read our mercury blog section.

How to Safely Conduct a Heavy Metal Detox: Body Chemistry

For heavy metal detox to be successful, you must first identify exactly what toxins (heavy metals) are present in the body. This is essential as different toxins behave differently, and should be escorted from the body differently, such as viral, bacterial, solvents, pesticides and heavy metals - there is no universal approach to heavy metal detox. The best way to identify what toxins are present is by assessing the toxic footprints in a blood and urine sample. This is what we refer to as 'body chemistry analysis'. Body chemistry analysis will not only reveal what toxins are present but also where they are being stored, which is vital in working out how to escort them from the body safely!

As part of our signature body chemistry analysis, we assess the following four things and then tailor a heavy metal detox plan especially for you. This ensures you are able to detoxify safely, instead of ending up with a new disease you did not have previously.

Toxins emanate from sources such as air pollution, dental amalgam, synthetic chemicals in food and water, plastics and pesticides. They gradually build up in our system and contribute to poor health, malnutrition, chronic inflammation, and have the potential to damage the nervous system and immune system.

Different toxins require different methods of detoxification - there's no one size fits all approach. Only blood chemistry gives us an accurate representation of what toxins are present, and only once we know what toxins are present, can we formulate an appropriate strategy to get rid of them. This is why we assess your toxic footprints as part of our heavy metal detox program.

The immune system is the body's primary defence mechanism. Deficiencies in the immune system not only leave us exposed to a host of health conditions but can also explain symptoms that aren't always illness-related (such as fatigue). Analysing body chemistry allows us to pinpoint the driving forces of low immunity and then correct them. Stabilising and supporting the immune system is an integral part of the heavy metal detox process, without a strong immune system, symptoms can be exaggerated and conditions often worsen.

By looking at metabolic markers, such as glucose, insulin, cholesterol fractions, triglycerides and cortisol, we build a 360-degree view of how your body is functioning. These makers - whether high, low or normal - tell us what the body is doing and why. If your cholesterol is high, we don't merely attempt to lower it. Instead, we ask 'why' it is high, and seek to correct the underlying cause.
For this reason it is now known by the American Heart Association that LDL cholesterol is driven by mercury.

The Protein and iron studies are important indicators as to the body's state of function. Protein and iron are the building blocks for the body. Without them, the body will struggle to build connective tissue, produce energy and detoxify from heavy metals. For these reasons, low iron and protein studies tend to indicate greater susceptibility to poor health. From your body chemistry, we determine your exact protein and iron requirements, and more than that, we also determine if there are any hindrances to the way they are being absorbed. This is to ensure safe heavy metal detox.


Do You Suffer From Heavy Metal Poisoning, Want to Find Out If You Do?

There is a common misconception that heavy metal detox should be done by the way of: juice fasting, tea detox, juice cleanse, green juice, celery juice or heavy metal detox smoothie. The truth, however, is that these generalised methods of detoxification ignore some of the most fundamental truths of heavy metals and how they behave. Take mercury, for example - which is the most challenging heavy metal to remove from the body. As we outlined in this article, "to excrete mercury from the body, it must be bound to adequate red blood cells and then expelled out of the bowels via cholesterol. Red blood cells are dependent upon iron and protein - both of which we get through nutrition. 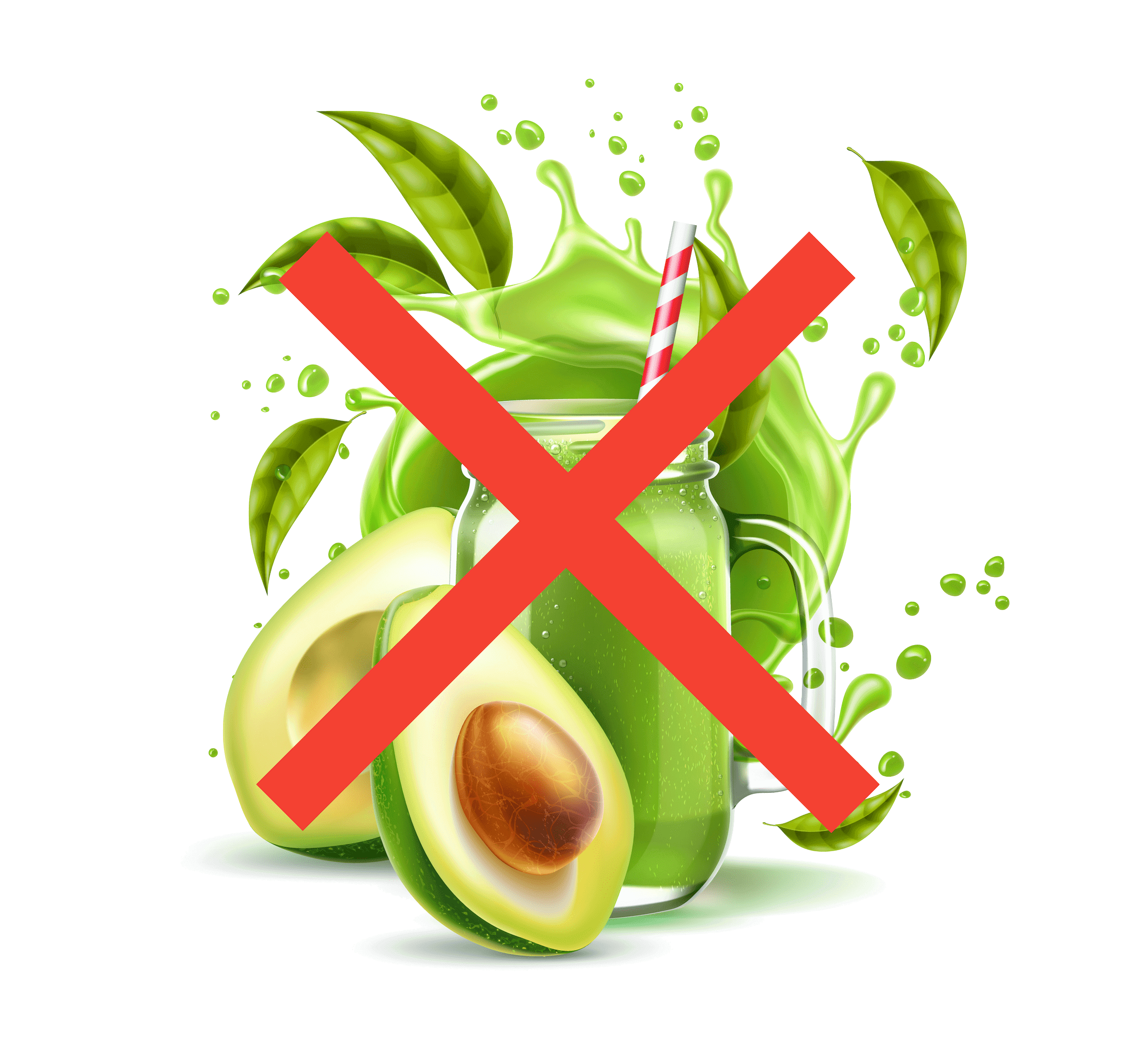 So you can see how it is improbable that something like a heavy metal detox smoothie which may contain green vegetables, fruit, celery, carrot, ginger, turmeric, coconut water and some citrus - will be able to rid the body of toxins. While fruit and vegetables contain antioxidants, they also contain sugars. Juicers and blenders provide modern technology that naturally process fibre from the sugars. You can eat one apple but you can't eat six apples?

If anything, regular consumption of a heavy metal detox smoothie will inhibit the bodies ability to excrete mercury, as it would be left deprived of iron and protein, and interfere with metabolic markers, due a glucose response down-regulating the liver's Cytochrome P450 system.


It is common for heavy metal detox to aggravate the symptoms of toxicity. This is because the process of detoxification mobilises toxins in the body. When these toxins are mobilised, people will often report feeling worse, however, if detox is done correctly, toxins will be excreted, and heavy metal detox side effects will eventually subside. Heavy metal detox side effects often mirror the common symptoms of toxicity itself - they are just more profound. They can include, but are not limited to; brain fog, fatigue, mood swings and irritability, heart irregularities, pain, cramps, increased infection and skin conditions.

Heavy metal detox side effects are the result of mobilising toxins, which further highlights the need to approach detoxification with care and caution - using body chemistry analysis to determine the safest method for excreting toxins.


Are You Suffering From Heavy Metal Toxicity?


Nearly every person on earth is exposed to heavy metals in some way, shape or form.
Even the unborn child cannot escape heavy metal exposure. The sad reality is that heavy metals and chemicals are becoming increasingly prominent. We are exposed to them by industrial air pollution, dental amalgam, plastics, seafood and pesticides. Thus, an increasing number of people globally are suffering from the effects of heavy metal poisoning.

The words of Doctor Klinghardt -  "Most, if not all, chronic infectious diseases are not caused by a failure of the immune system, but are a conscious adaptation of the immune system to an otherwise lethal heavy metal environment" - highlight the relationship between heavy metal toxicity and the accompanying illness particularly well.


Nutrition Diagnostics has, over the past 30 years of consulting, dealt with countless incidences of heavy metal toxicity and heavy metal poisoning . By using body chemistry analysis to assess each individual's toxic footprints - identifying what toxins are present and where in the body they are located - we have helped many in undertaking heavy metal detox. Our health programs are tailored to the unique biological needs of the individual - ensuring the safe detoxification from heavy metals.

Fuelled by the rise of social media where 'influencers' peddle the latest health fads, fruit and vegetable based detoxification...

How Does Mercury Toxicity Affect The Body?

If you’ve read our previous articles, you’ll know by now that mercury doesn’t just stay in the mouth.

How To Detox Correctly

Tea detox. Juicing. Enemas. Fasting. Elimination diets. Do they actually detoxify your body? Or could they potentially make things worse?