There's this notion that fat is bad for us - that it's responsible for most of our health issues and disease. We've all seen the 'fat free' marketing in the supermarket and on TV. But it's not fat that's the problem. It's sugar. Fat is good for us and is essential for many body functions.


But if I eat fat, won't I get fat? No! Why? Because the body doesn't need hormones like insulin to utilise fat for energy. In fact, fat only requires six enzymes to convert it into energy - making it an incredibly efficient fuel source. Sugar, on the other hand, stimulates a huge insulin response. When you consume sugar, the first thing that happens is you get an enormous spike in your blood glucose. As glucose rises, insulin rises in an attempt to clear the blood of that glucose, and what's not burnt is converted to fat and stored as adipose tissue.

The Hormonal Response Associated With Sugar


But if I go to the gym after I eat sugar, can't I just burn off the excess fat? Yes, you can, but getting fat isn't the main problem with sugar; it's the hormonal response associated with it. Insulin is a hormone, and too much of it will create imbalances with other hormones - like oestrogen and testosterone - which disrupts the body's natural state. These hormonal imbalances are responsible for cancer, diabetes, heart disease, joint problems, aches and pains, not the consumption of fat.


How Foods That Are High in Sugar Impact Blood Chemistry


This idea that fat is the enemy is the product of corruption. The New York Times reported that in the 1960s, when scientists were looking into the correlations between sugar, fat and heart disease, the 'Sugar Research Foundation' (now known as the Sugar Association) paid three Harvard scientists about $50,000 each to downplay the link between sugar and heart health. Instead, they cast aspersions on saturated fat. After this research was published, the debate between sugar and heart disease died down, and low-fat diets gained endorsement from health authorities. This led many people to adopt the low fat, high sugar foods responsible for much of our cardiovascular disease, diabetes, and obesity today.


This kind of corruption is rife in the food industry, particularly where large industries produce products as a commodity like sugar. By comparison, no industry produces fat as a commodity, so there is less money (if any) to counter the corrupt research.


Glucose and fructose are the two molecules that makeup sugar. Glucose is vital to several bodily functions; however, it is not necessary to eat as the body naturally produces glucose. Fructose, on the other hand, does not serve any purpose or function in the body. Another important distinction between glucose and fructose is that fructose is defined by its sweet taste.


The issue with fructose is that it behaves like a drug and is addictive. An article published in Forbes, stated "research has shown that high fructose corn syrup (HFCS) impacts the brain in a way similar to addictive drugs. It triggers a response in the brain's reward system circuitry that leads to continued cravings, in much the same way as a narcotic". The addictiveness of fructose is what leads to the overconsumption of sugar-rich foods, which creates another problem; food manufacturers and companies are commercially incentivised to include it in as many of their products as possible.

Sugar is Pervasive - It's in Everything


There is a common misconception that sugar is confined to sweet foods like lollies, cakes and soft drinks. The truth, however, is that the majority of processed foods contain sugar, or more specifically, high fructose corn syrup. This, in turn, creates another problem; that we don't even know when we're eating sugar. Salad dressings, sauces, bread, processed meats, yoghurt, fruit juice and protein bars are often high in sugar. The prevalence of processed foods and sugar has catalysed a massive increase in chronic health problems - most notably diabetes, as is illustrated in the figure below. 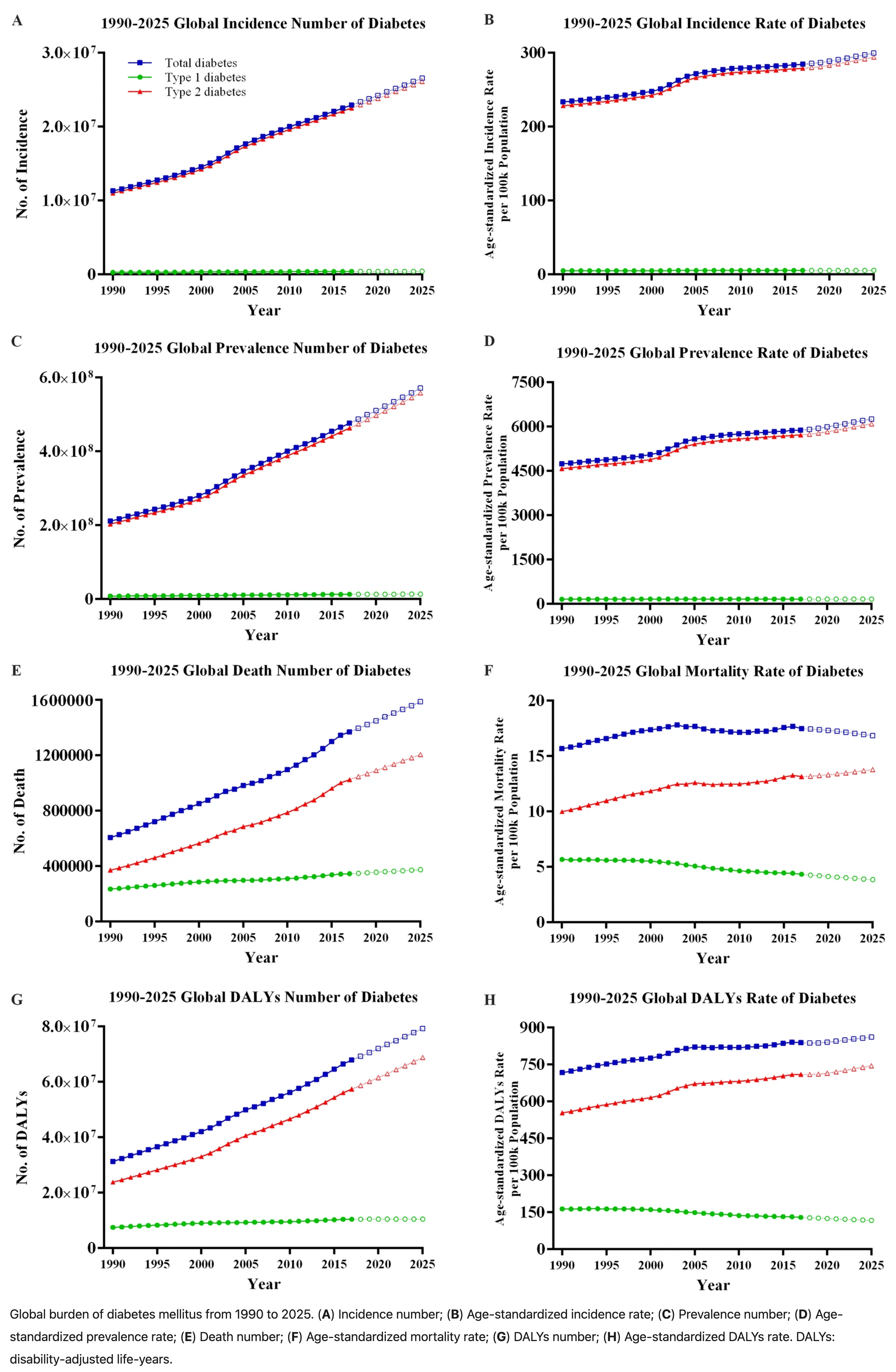 
Sugar is the Catalyst for Increased Disease


The sugar issue is two-fold. Firstly, it's in everything, so we often consume it unknowingly. Secondly, it's addictive, so it's hard to stop even if we know we're consuming it. But what specifically about sugar causes disease?


Sugar causes disease in two ways. The first is that the liver turns fructose into liver fat (fatty liver), which is the catalyst for chronic metabolic diseases like type 2 diabetes and heart disease. The second is that fructose binds to protein in the body and causes oxidation. When this happens, those proteins become less flexible. Dr Robert Lustig points out that, "If it happens in your arteries, that gives you arteriosclerosis or hypertension. If it happens in your brain, you get Alzheimer's disease."


Ultimately, excessive sugar consumption drives what's known as metabolic syndrome, which is a cluster of conditions that increase the risk of heart disease, stroke and diabetes. Metabolic syndrome is driven by mitochondrial dysfunction, which is driven by overconsumption of fructose. So, despite what you've heard about fat or saturated fat, sugar is the leading catalyst for poor health and disease.

We have this fascination with weight loss. But it’s flawed because weight loss doesn’t equal health. You can lose weight by...

Digestive enzymes are a group of proteins that help the body break down carbohydrates, fats & proteins from food...