Nutrition Diagnostics - The Links Between Diet and Depression

The Links Between Diet and Depression

Think about how you feel when you are sick. When you suffer from an illness like arthritis, period pain, multiple sclerosis, alcoholism or fibromyalgia, you are more prone to agitation and emotional outbursts. Why? Because it is impossible to disconnect the brain from the body, and vice versa. The brain feels what the body feels. So if the body is experiencing a chronic illness, it is natural for the brain to feel a similar pain. Depression and other conditions of the mind are often represented in biochemistry as inflammatory markers, toxic footprints, and mineral deficiencies.


Like all illnesses, inflammation is the product of poor nutrition and eating habits. In the process of being inflamed, we can be exposed to environmental (pesticides) and dental toxins (non-vital teeth & dental amalgam), food allergens (wheat), which all set the stage for a chemistry that is outside of the optimum health range.


Depression, like inflammation, is perpetuated by poor diet and appetite. This leads to the state of being overweight or underweight on the metric scale. When we can’t think clearly due to malnutrition, we make poor dietary choices in the form of alcohol, wheat, sugar, and coffee. These foods or drugs can create an inflammatory response in the brain. It is a self-perpetuating cycle that becomes incredibly difficult to break.


Due to the complexity of depression, medication alone may not be and usually isn't enough to correct the underlying causes. A pill for some can be a medical intervention that is life-saving, but cognitive therapy, addressing environmental triggers, toxicity and nutritional deficiencies may need to be explored or corrected to effectively stop feedback loops.

When analysing blood chemistry, an elevated maker called Serum Beta 2 Microglobulin can represent a mood, mind and memory disturbance. From clinical observation, as Beta 2 Microglobulin rises above 1.5, a person can experience anxiety, forgetfulness, mood imbalance and even uncontrollable anger. Mercury from dental amalgam and methylmercury from seafood, is famous for altering this protein. A linkage can be made between mercury and the erratic behaviour of the mad hatter, described in Lewis Carroll’s book, Alice's Adventures in Wonderland. Mercury was used to block the felt hats in the 1800s. This is where the expression comes from ‘mad as a hatter’. Speaking of mad hatters, does it make you mad that mercury is still used in dentistry today!

Cholesterol readings below 4 can signify a poor libido (hormones - oestrogen, testosterone and progesterone), depression and poor cognitive abilities.
The associated feeling depressed with low cholesterol maybe due to decrease in serotonin levels in the brain, and limited protection from a neurotoxin.

People can also be profiled emotionally unstable by measuring low iron stores. This is categorised in chemistry as a low Haemoglobin, Red Blood Cell Count and Ferritin. Particularly if the Ferritin is less than 40, we can see a person is running on adrenaline, emotional or chronically fatigued, sugar cravings and intermittent palpitations of the heart.
A recent study of Australian women showed that women who consumed less than the recommended amount of red meat were twice as likely to have a diagnosed depressive or anxiety disorder. The byproduct is a zinc (protein) and vitamin B6 deficiency and a multitude of other micronutrients.
A low iron state can be a driving force to depression as it impairs oxygen transfer for energy, leading to oxidative stress.

By calculating fasting glucose and insulin you can work out the Homeostatic Model Assessment for Insulin Resistance. Beta cell function and insulin sensitivity, as calculations, can determine if someone is prone to hyper or hypoglycemia. In other words, if they get ‘hangry’ or very moody when they do not eat on time.


Correcting nutritional deficiencies through diet effectively complements other important interventions such as medical and psychological therapies. Nutrition Diagnostics utilises blood chemistry to understand the biochemical framework underpinning depression to determine the homeostatic controls that link the mind and body. Therefore, a routine of better eating with the support of balancing body chemistry can be advantageous for those who suffer from depression.


Supplements that may support depression

Coconut MCT oil bypasses the normal digestive processes and travels directly to the liver where it is then utilised as a clean energy source for your brain - producing far fewer damaging free radicals compared to energy derived from glucose. Tamaflex is a new novel proprietary blend of concentrated, ultra-potent, highly absorbable Tamarind seed extract and Curcumin - the active anti-inflammatory ingredient found within the Turmeric root. Tamaflex’s technology targets the COX-2 enzyme and the newly found 5-LOX enzyme for fast-acting and long-lasting natural pain relief.

Bio Omega 3-6-9 is made from high strength cod liver oil, that is rich in essential omega 3 fatty acids, EPA and DHA, which are known to play an important role in supporting the regulation of inflammation (potentially relieving the symptoms of inflammation), and improving cognitive function. To this end, DHA is the most abundant omega 3 fatty acid found in the brain.

Synergy K2 is rich in both vitamins A and D, which are fundamental minerals for brain function.

Those who are low in protein and iron, or are anaemic, will be more likely to succumb to the effects of emotional instability and depression. For this reason, a protein-rich supplement may be beneficial in fighting depression. Bio Whey is a high quality 100% whey protein concentrate - one of the most nutritionally complete proteins available - and is free from sweetener, flavours and preservatives. This is important as such things can induce allergic reactions in the body and brain.

Formula 1 is a multi-mineral supplement containing chromium, manganese, magnesium, potassium and zinc. Its function is to produce energy and aid in cell processing. The majority of ATP in the brain is formed in the mitochondria - the part of the cell that produces energy.

Formula 2 is a multivitamin and mineral supplement with B vitamins, iodine, zinc, manganese, copper and selenium. B vitamins are renowned for their role in neurotransmission and supporting healthy brain function. Vitamin B1, in particular, is needed for the production of energy in the body and plays a crucial role in nerve function and neurotransmission. Similarly, vitamin B6 assists with hormone modulation and the synthesis of several neurotransmitters including serotonin, GABA and dopamine.

Formula 3 contains nutrients that are vital for the production of ATP (cellular energy). The majority of ATP in the brain is formed in the mitochondria - the part of the cell that produces energy. Because of this relationship, Formula 3 may support brain health and aid in relieving the symptoms of depression. Formula 3 is also designed specifically to aid those who are anaemic or low in iron through the generation of red blood cells. Those who are low in protein and iron, or are anaemic, will be more likely to succumb to the effects of emotional instability and depression. 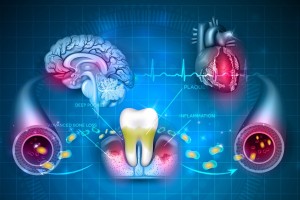 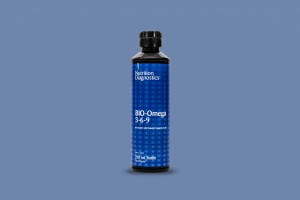 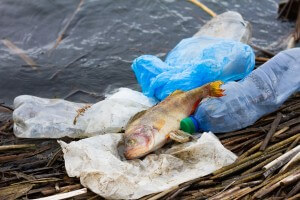 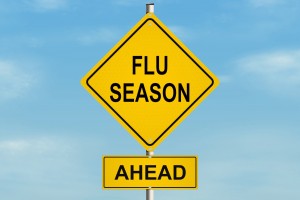 It's that time of the year again. The temperature is dropping, and the flu season is upon us once more. While it is important to protect your health 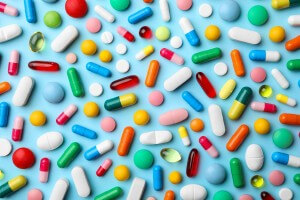 Imagine there is a forest, and its trees are felled to make way for farmland. Crops are then planted and fertilised to improve yields. 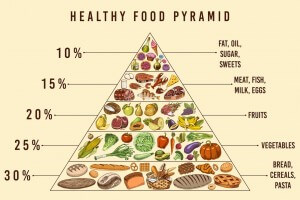 The Food Pyramid is Killing You

What if everything you have ever been told about nutrition was wrong? That following the 'food pyramid' is killing you. Well, it is. This idea that bread, cereals