Disease begets disease. Illness number one more often than not conceives illness number two. We're conditioned to think that brain cancer, diabetes and leukaemia are different diseases, but we have seen all three coincide in some clients.


Under conventional medicine (the biomedical model of disease), this person would be treated by an oncologist (for the brain tumour), a haematologist (for the leukaemia) and an endocrinologist (for diabetes). Unfortunately, it can be difficult for three medical professionals to collaborate and find a cure. This is because many treatments cannot occur in tandem with other treatments (while under the current medical insurance scheme). Usually, the only option is to treat each disease separately. As a result of these impediments and complexity, medical professionals often have no choice but to opt for palliative treatment as the cancer begins to metastasize. 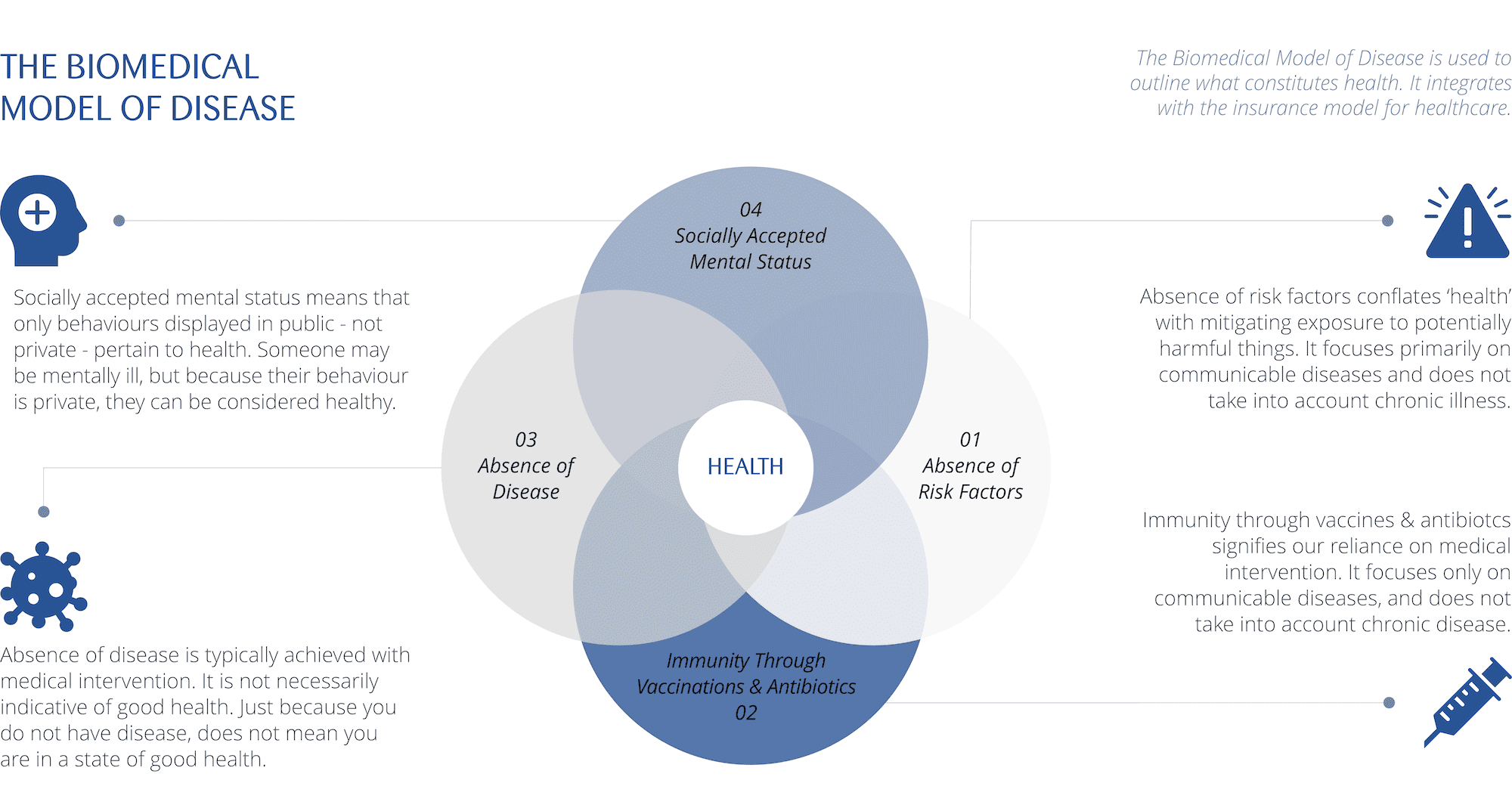 That's the unfortunate reality of modern medicine. However, it doesn't need to be. There is a relatively simple explanation for why diseases come in clusters like this.


Why Do Diseases Come in Clusters?


When you're sick, your body is deploying energy and resources to try and heal. However, in chronic disease, the body's efforts are failing - it is continually deploying resources without results. It's like trying to fill a bath without the plug in. So what happens when the body is exposed to another germ or toxin, or if the disease worsens? Well, think of it like this; if an army sends all their troops to one side of the country, they won't be able to protect against an attack on the other side of the country. The same is true of disease. The body has a finite number of resources, and if those resources are already being deployed to fight one illness, the body will struggle to fight off a second. Hence, disease leads to more disease.


All Diseases are Caused by the Same Six Things


What's more, the conditions that precipitate one disease often precipitate other diseases too. We see this occurring in clients all the time. Regrettably, though, modern medicine takes a siloed view of diseases and fails to recognise the links between them. Thus, it may surprise you to learn that the underlying causes are often the same across multiple diseases. These causes of disease are what we know as the 'six subclinical defects'.

Each of the six subclinical defects are the byproduct of imbalances in blood chemistry - meaning they are largely driven by vitamin, mineral and hormone deficiencies and excesses in the body. Essentially, these six subclinical defects indicate that the body is not functioning as it should. When the body does not function as it should, it is more susceptible to disease. 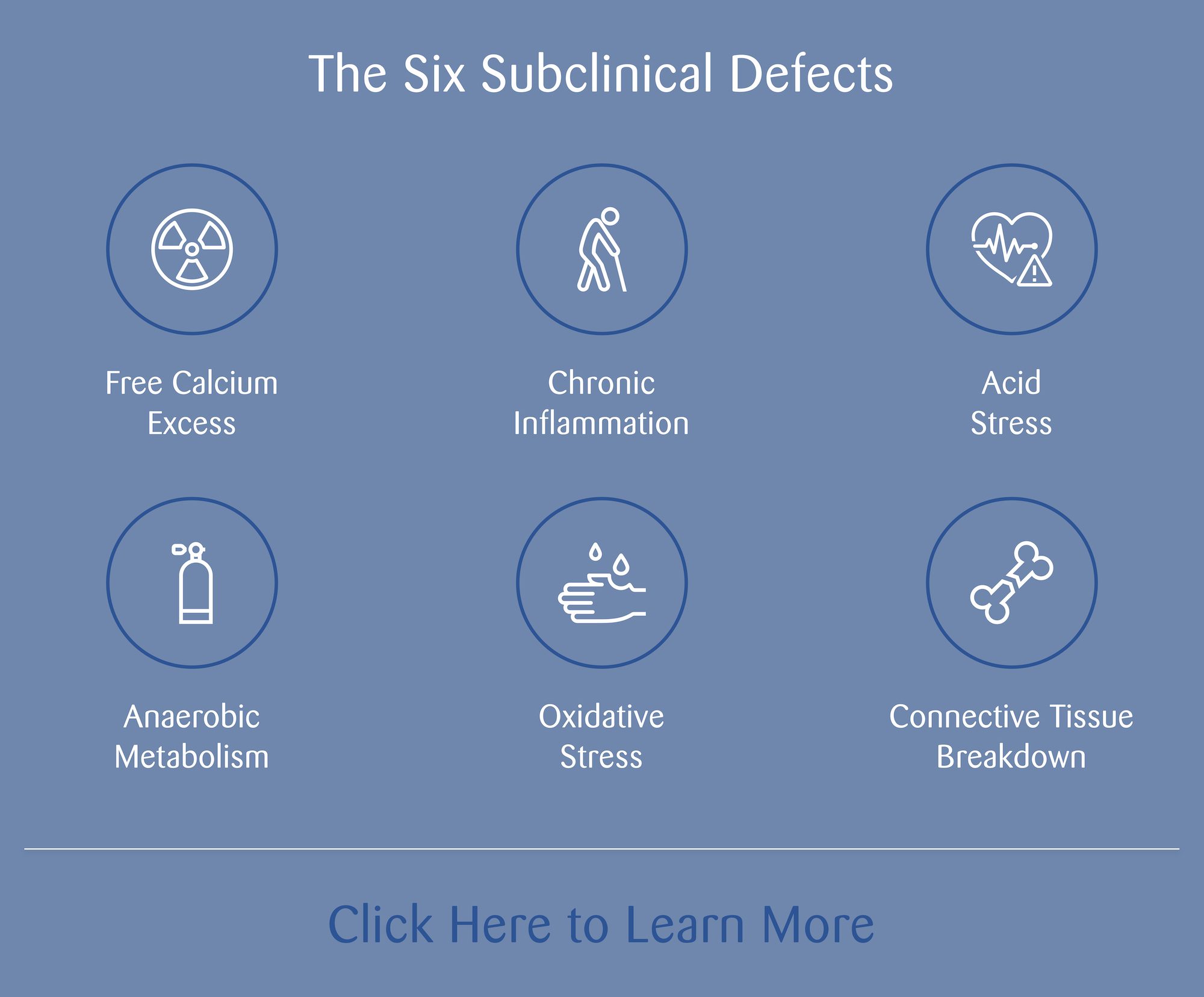 
The other issue with the six subclinical defects is that each defect drives another defect. It's like a domino effect. For instance, when someone suffers from chronic inflammation, they'll likely have PH imbalance - or acid stress (where the body tends to be more acidic than alkaline). When they suffer from acid stress, they will likely also suffer from oxidative stress (where the body is low in antioxidants and cells become oxidised). When they have oxidative stress, they will likely have connective tissue breakdown (where the body cannot build new tissues and make repairs). And when they have connective tissue breakdown, they'll likely develop a disease like rheumatoid arthritis or osteoporosis. It's a vicious, self-perpetuating cycle.


There are many diseases associated with each of the six subclinical defects. This is why, when people suffer multiple defects, they develop numerous diseases. It's why diseases often come in clusters and are connected. So, you can begin to see how it is entirely possible to combat the complexity of multiple diseases when looking at the body through this lens - by controlling the six subclinical defects.


What Modern Medicine Gets Wrong


Aside from ignoring the links between diseases, the other issue with modern medicine is that the focus is often on symptom relief. For example, those with rheumatoid arthritis are commonly prescribed a drug called methotrexate, designed to "reduce pain and swelling" and "slow joint damage and disease progression over time".


Treating symptoms with only pharmaceutical drugs like this usually fails long-term, though, because it neglects to correct the underlying causes of arthritis. It's true that by prescribing methotrexate for rheumatoid arthritis, you may relieve some of the symptoms - which is a good short term solution. However, it won't correct the chronic inflammation, acid stress, oxidative stress, or connective tissue breakdown that is causing rheumatoid arthritis to begin with. Additionally, the drug used to control pain has severe long-term side effects - damaging the liver and suppressing the immune system - exacerbating the long term risk of leukaemia. 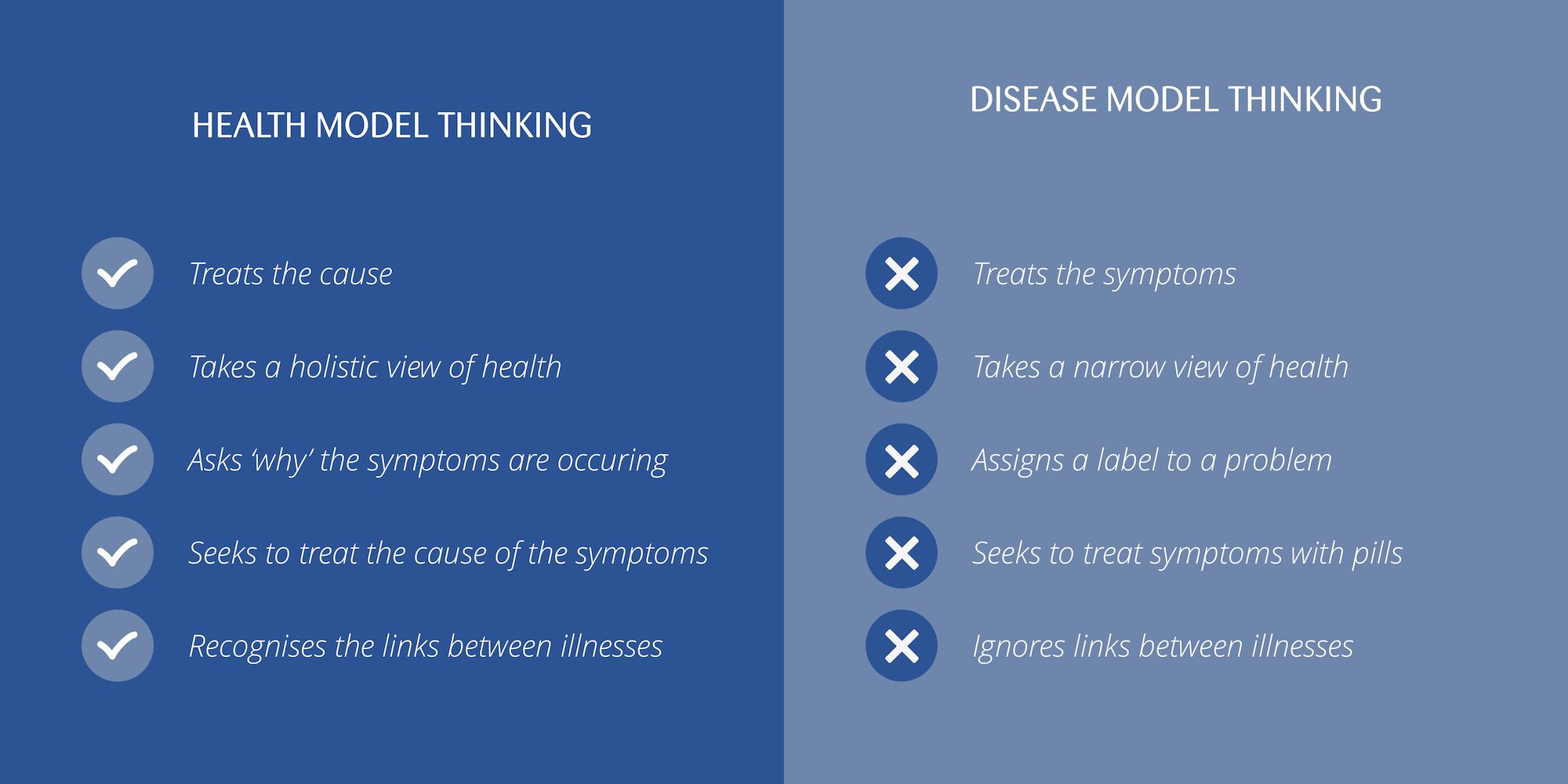 This is the reality of the biomedical model of disease; it will often fix one problem while inadvertently creating another. Thus, patients tend to get stuck in an endless cycle of poor health. This begs the question; what is a better approach to dealing with rheumatoid arthritis? The answer lies in analysing blood chemistry.


Blood Chemistry Analysis is the Solution


By analysing biomarkers within a blood sample, we can ascertain critical imbalances in the body that tend to drive the six subclinical defects and ultimately cause disease. The biomarker levels in the chart below, for example, are indicative of someone who suffers from chronic inflammation. 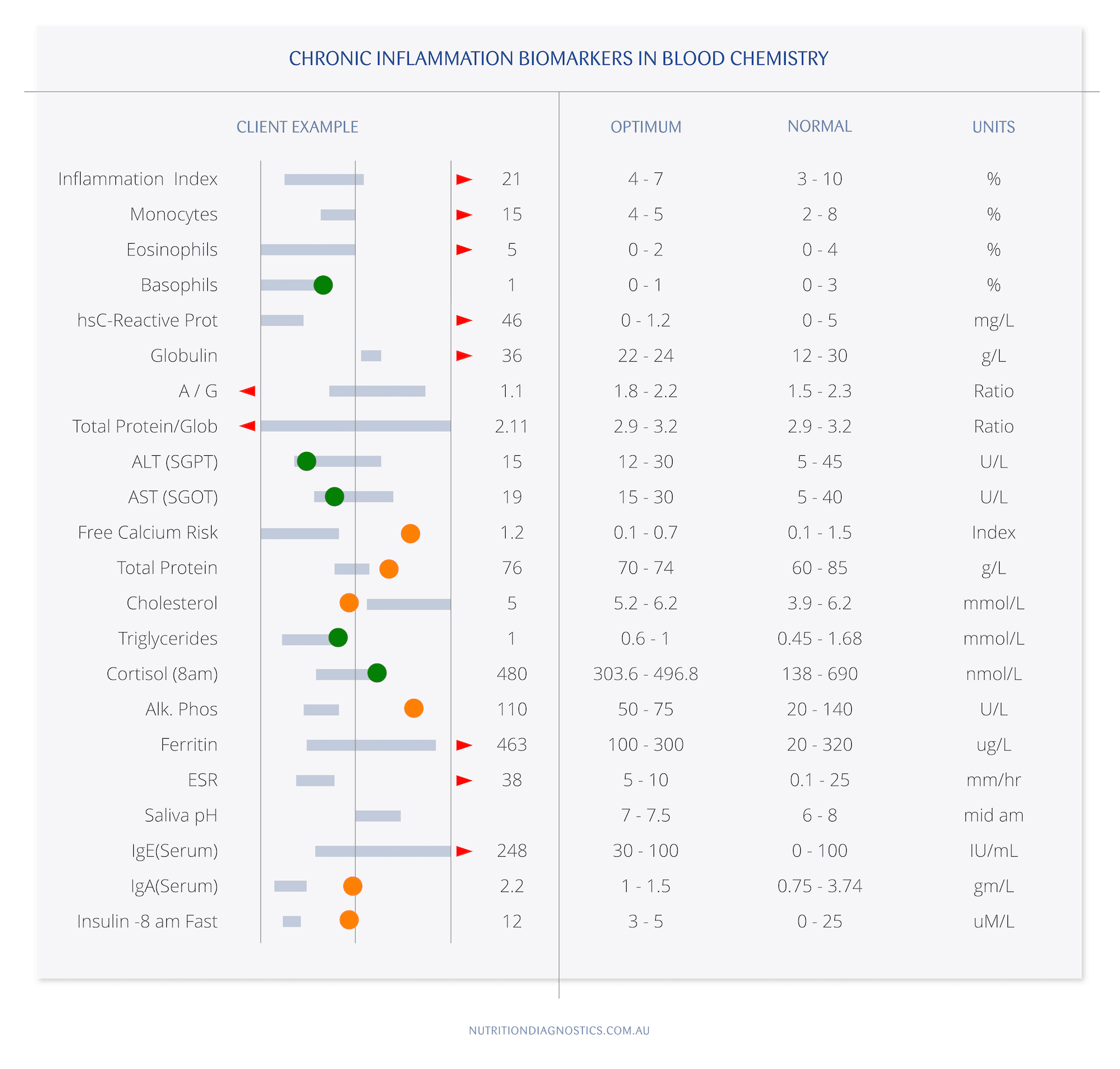 
If you, or anyone you know, is struggling with multiple diseases or in a seemingly perpetual cycle of poor health, perhaps consider balancing your body chemistry. It is a measurable approach to health that looks to target the cause rather than the symptoms...